Can only be run on SADMIN Server.

If the package ‘wkhtmltopdf’ is present on the SADMIN server (It should have been installed by the setup process), a PDF version of each report is also attached to the email.

If one of the three report is not desired, you can use the ‘-r’, ‘-b’ or the ‘-s’ command line switch to disable the desired report (email). Note that only the actives systems will appear on these reports. 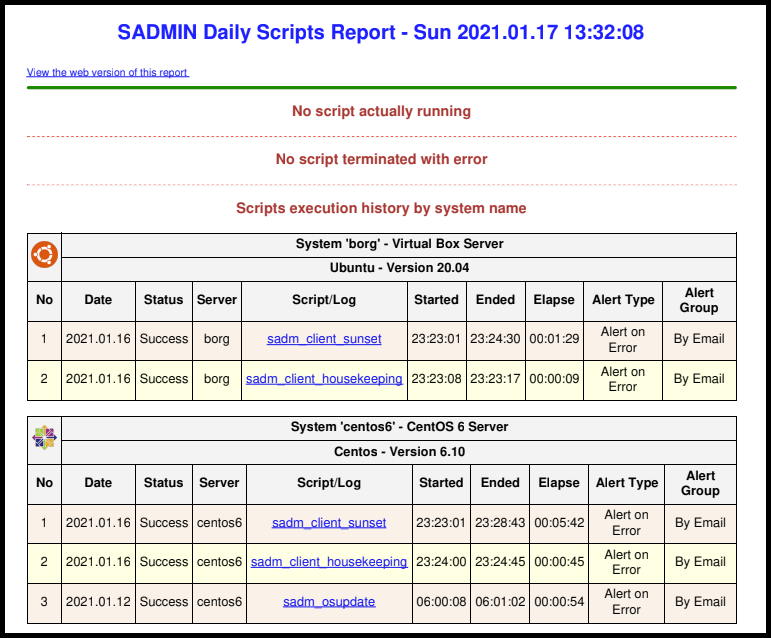 Copyright © 2021 Free Software Foundation, Inc. License GPLv3+: GNU GPL version 3 or later
This is free software, you are free to change and redistribute it.
There is NO WARRANTY to the extent permitted by law.

sadm_wrapper.sh - Use to run your existing scripts & benefit of SADMIN tools

You may also enjoy